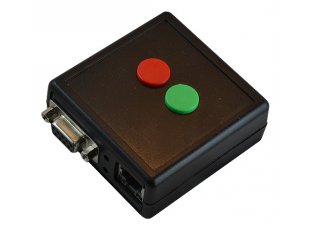 PIC-WEB-BOX is a board that adds additional features over the design of the popular OLIMEX PIC-WEB board. PIC-WEB-BOX adds a protective plastic cover and a microSD card connector. The included microSD card provides enough memory space for almost any web content! The board is developed with a custom bootloader in mind. The bootloader would allow programming via a web interface. After the bootloader project is finished it would be implemented in the production routine of PIC-WEB-BOX and it would be published in the software section of this page. Until then a PIC compatible programmer/debugger would be required to be able to upload programs to the board.