Difference between revisions of "A13-SOM-WIFI" 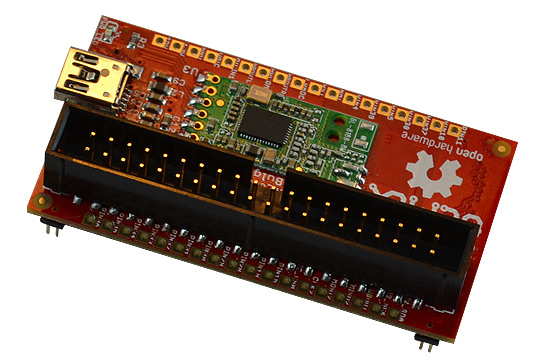 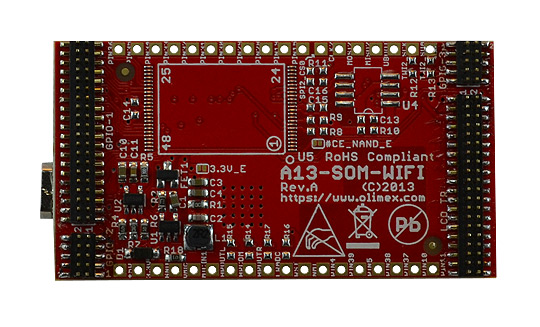 Board support in the official Debian and Android images

The board features of A13-SOM-WIFI and A13-SOM-WIFI-4GB are supported in the official Debian and Android images released for A13-SOM-256 and A13-SOM-512. These images might be downloaded from the wiki article of the A13-SOM boards. 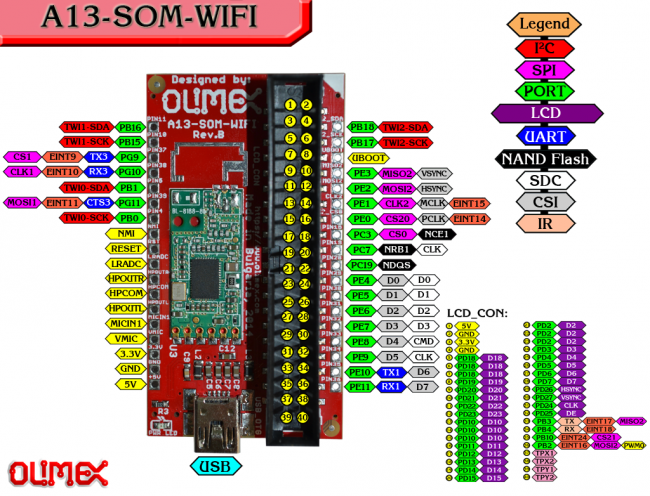 A13-SOM-WIFI basic dimensions are available in the .png file here:

The CAD product used to design A13-SOM-WIFI is Eagle and you can download evaluation free version from their web.

There are two Android images available for an SD card. One for 7″ LCD and one for 10″ LCD A20-OLinuXino-MICRO#Android. Note that Android display configuration settings are edited in the script.bin file (it has to be converter to fex and edited according to the fex guide at linux sunxi's article; then converted back to script.bin and written in the image). To write the images on the SD card you will need PhoenixSuit and to follow these steps:

How do I write the Linux image to a micro SD card to use with my A13 board?

The biggest part of the board configuration might be edited, changed or improved in a file called script.bin

The script.bin file can usually be found in the main directory of a microSD card prepared with official Debian image. The folder containing the script can be inspected under both Windows, Linux or Mac.

You can't directly edit binary file so you would need to convert it to text format (it is called fex in this case), then edit the parameters via a text editor and finally switch it back to binary format.

The different options for the script are explained here: SUNXI FEX GUIDE

IMPORTANT! ADJUSTING SCRIPT.BIN WITH IMPROPER VALUES MIGHT BREAK YOUR DEBIAN IMAGE AND IT IS ALWAYS RECOMMENDED TO KEEP A BACK-UP OF YOUR DEFAULT SCRIPT.BIN

Note that it is possible to change the script.bin in a running Debian image in newest releases! More information might be found at the end of the document! Not all releases feature the live method of changing fex to bin so if you board doesn't have it follow the other methods.

If the problem is under Debian Linux make sure you are properly logged in the XFCE interface! Else applying calibration would not happen for the current user - if you are calibrating from the X graphical interface make sure that you are logged as user “olimex” (if calibrating without the X, the user is “root”).