Do you have any example programs and/or a sample partitions\default.csv

Last post by mbosschaert - May 29, 2020, 12:52:48 pm
Hi,
I'm trying to build a system to remotely monitor my holiday house. There is no telephone landline but 4G GSM/GPRS is fairly good. Over the last 2 years I did some testing but have not been able to build a solid system.

The hardware I used:

With this setup the system usually remained stable for a couple of days or weeks, but suffered from frequent drops in ppp connection. To ultimately be able to have connection on a daily basis I programmed random reboots and random MAC-changing as the GSM provider apparently does not like continuous connections.

As finally this system was not reliable enough (completely failed to connect to the provider after some weeks with no apparent causes in the log files) I decided to rebuild it with the newest buster image of Olimex (A20-OLinuXino-buster-minimal-20200417-095756). Also I moved from wvdial to pppconfig as I could not solve the Device-busy warnings other than by rebooting.

So currently I'm rebuilding the system and I'm at the point that the wifi accesspoint (hostapd, iptables maquerading and dnsmasq) works fine. The pppd configuration, triggered by pppconfig, works by starting and stopping with pon/poff. And the GPRS connection seems to be fairly stable, as far as tested. Actually this topic is written while connected through the system which now actually functions as a wifi/GPRS router. The only hurdle I have to take now is the fact that the device (ttyUSB0) is not ready at the moment that the network interface ppp0 is activated. Even though the interface is configured as auto-start (auto ppp0), and pppd is configured as 'persistent' the connection is not initiated.

How can I get around this and make sure that /dev/ttyUSB0 is registered before pppd gets started.

Just for the context: if this is solved, the next steps will be to configure mosquitto (and my mosquitto clients who report status of mains power, temperature, etc) and to build 2 ssh tunnels to my local server. One tunnel to safely communicate mqtt messages. The other tunnel will be 'reverse' to enable to login from my local server and perform maintenance. Reason for the necessity remote tunnel is that my GPRS provider will not give me a fixed IP address.
25

Or maybe you want auto-login?

There is some info about getty:


You can't boot from external hard drive but you can transfer the file system there. I've added in our list of features requested, will see what we can do it to add in the scripts as an option to copy the file system to a hard drive.
27

I bought one, it works fine now.

Last post by LubOlimex - May 29, 2020, 11:07:42 am
Sounds like the typical problem with electromechanical relays when switching big loads. Sparking and so on. And this is combined with the poor behavior of the Ethernet chip after ESP32-EVB board reset, which sometimes doesn't start (an issue that persist only in ESP32-EVB of all Olimex-made ESP32 boards and we are currently unable to solve it without major changes in the hardware specifications of the board).

Distance between relays and solenoid might play a role. Try increasing the distance as a test.

Check more for more ideas about typical problems with such relays: https://delcon.fi/typical-problems-relating-electromechanical-relays-and-optocouplers

I have spent several days tested the latest version of A20 images. They are downloaded from http://images.olimex.com/release/a20/: 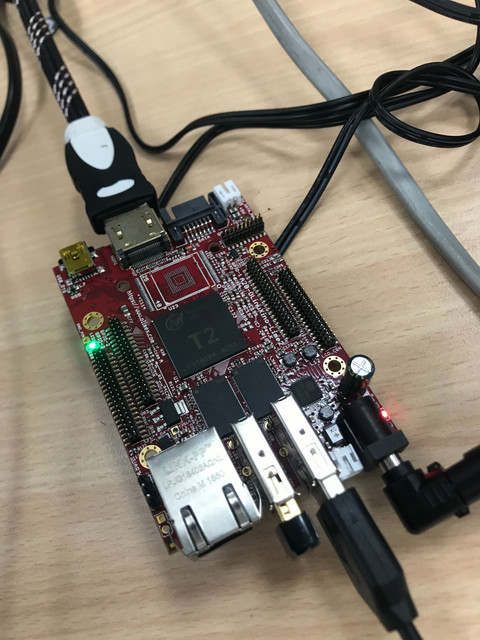 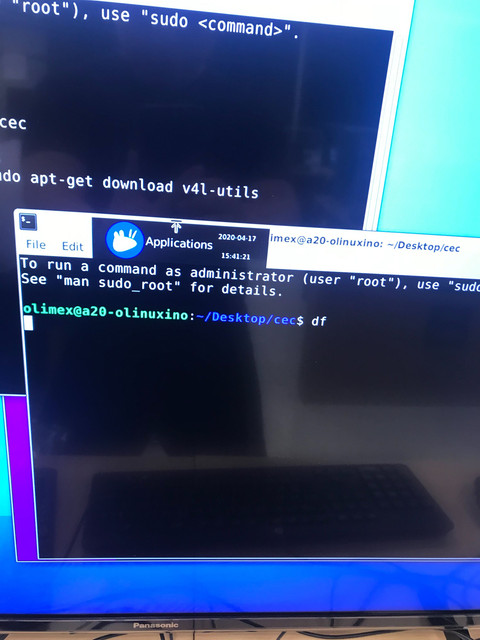 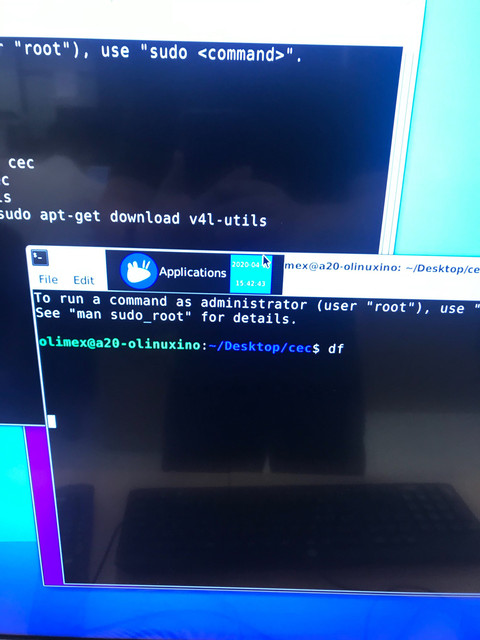 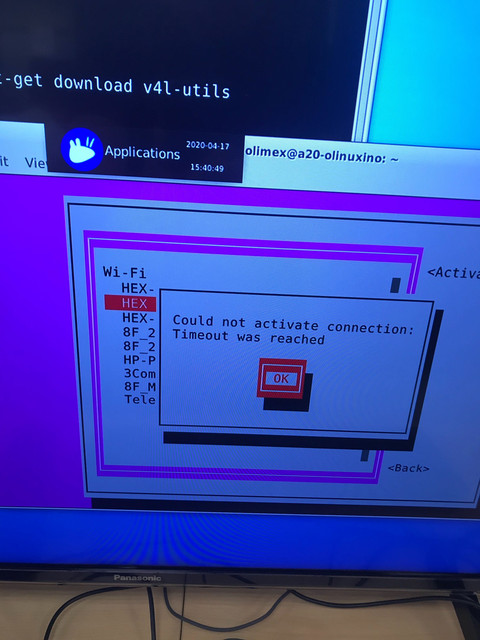 I used to test the minimal version of Buster and it doesn't have X. After then I tried the base version and found that it have Xfce4 installed. I think this difference should be documented and announce to developers.

For the Buster image, it have a strange problem.
- 1. Sometimes when boot or reboot it ran into a login console, but actually we can not login. It freezed after entered the username "olimex".

But after reboot again, it can boot to X normally

- I have successfully install LXDE Core to Buster

About HDMI CEC:
- Test with Panasonic TH-43HX750W, which supports CEC 1.4
- By installed v4l-utils, cec-ctl command works perfectly from /dev/cec0 (Both Bionic and Buster)

Some Conclusion:
- Both Bionic and Buster (base) runs Xfce but not running smoothly in 1080p
- Xfce in Bionic run slower and slower as time goes by
- Buster base boot to console login randomly, but after reboot may become normal

For our development, we currently go for Buster base with LXDE-Core, but need to find a way to prevent it boot to console login. Any suggestions will be very appreciate!

Last post by ArnoldGoat - May 29, 2020, 04:02:06 am
Thanks, but the 64-bit driver will not load into my Windows 10. The links indicate that early versions of the Microchip ICD2 aren't compatible. Maybe the same thing applies to the Olimex one? It does however work with a USB-to-serial adaptor, but I will get the PIC-KIT3.

A second question, if I may?